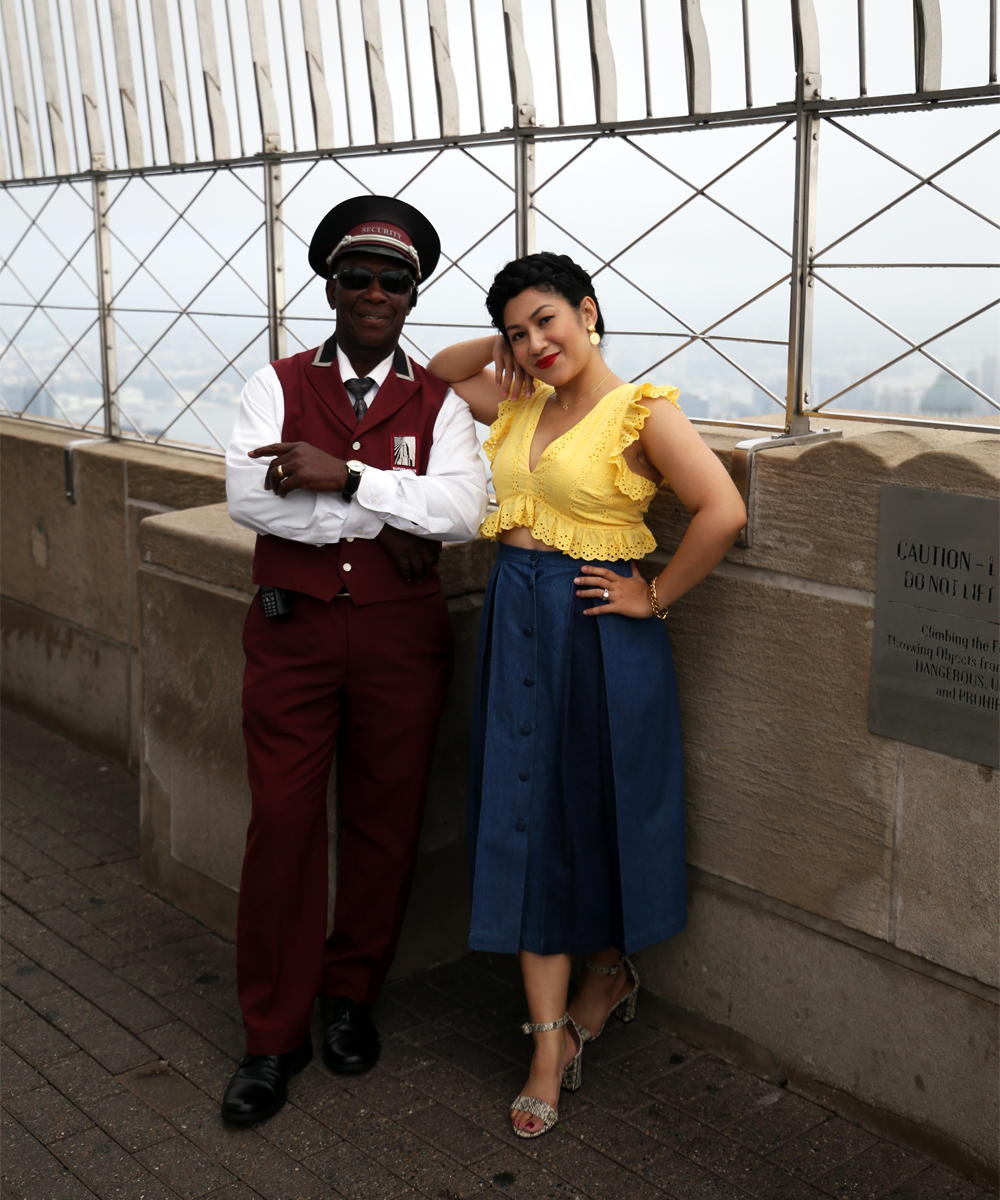 I have this email that I keep copying and pasting for friends and family who ask me for recommendations on what to do on a long weekend in New York City. And then I realized: duh, why don’t I copy and paste it into a travel guide blog.

I moved to New York City about seven years ago. Growing up, I was always in awe of the city and have always wanted to be a New Yorker. Even though quite some time has passed by since I first got here, I still get giddy just walking down the street to work. The honeymoon period hasn’t ended yet.

One big change since I’ve been here is that I get A LOT more visitors. Over the years I’ve perfected the recommendations that I give people based on the feedback I get.

Read on to see my long weekend in New York City must-do list (spoiler alert: Times Slime Square is not going to be in there). 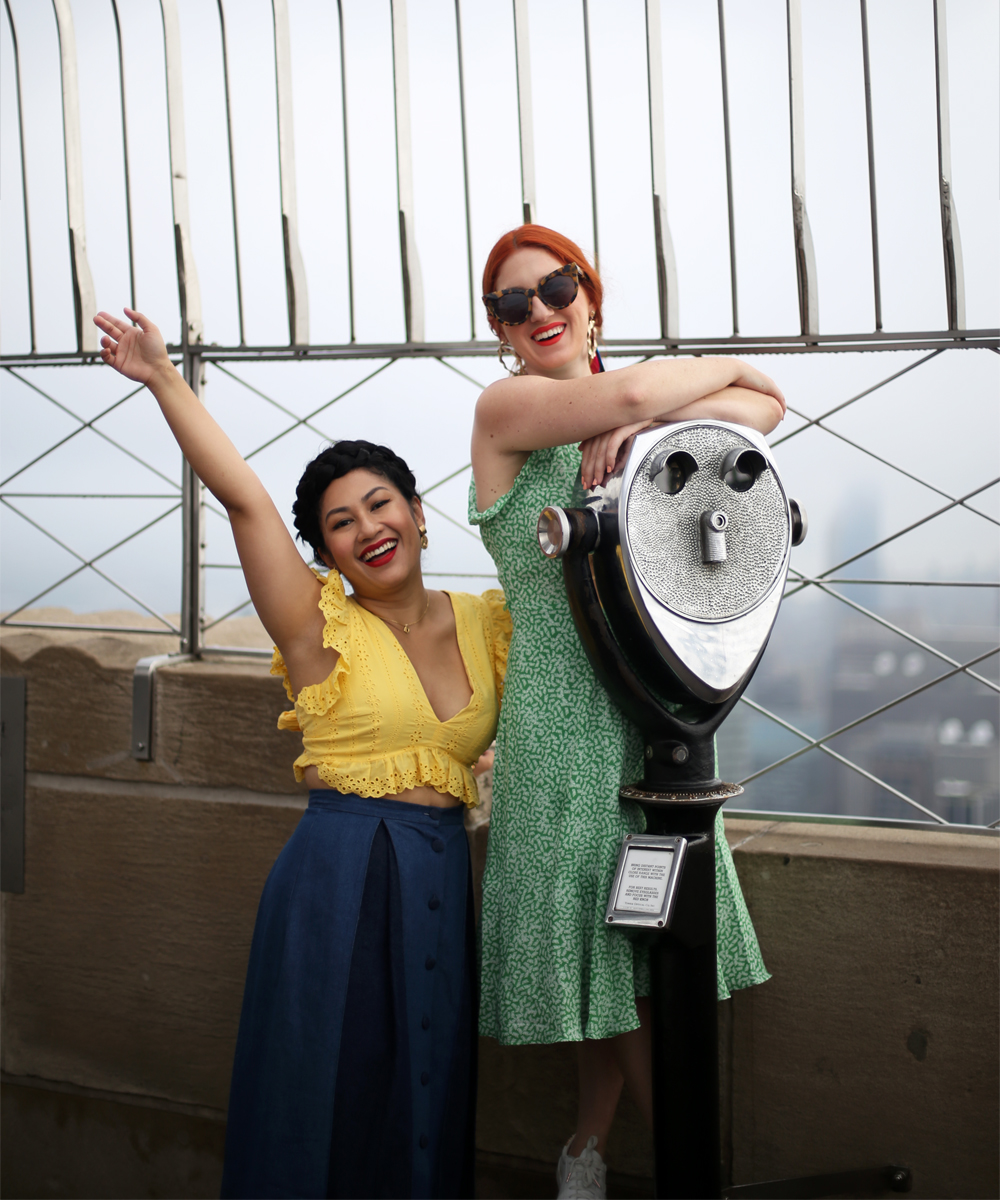 See the City from The Water with Circle Line Cruise

Circle Line’s Best of NYC Cruise is the one top tourist thing that I always recommend to visiting friends and family. This 2.5 hr cruise circles Manhattan and makes a quickie photo stop at Statue of Liberty. If you’ve got a good guide and good weather, you can’t beat it. You are consigned to being in a boat for the duration of the time, but being on a boat also means that you’re not at the mercy of horrible NYC traffic. Did I mention that there’s a bar on board? 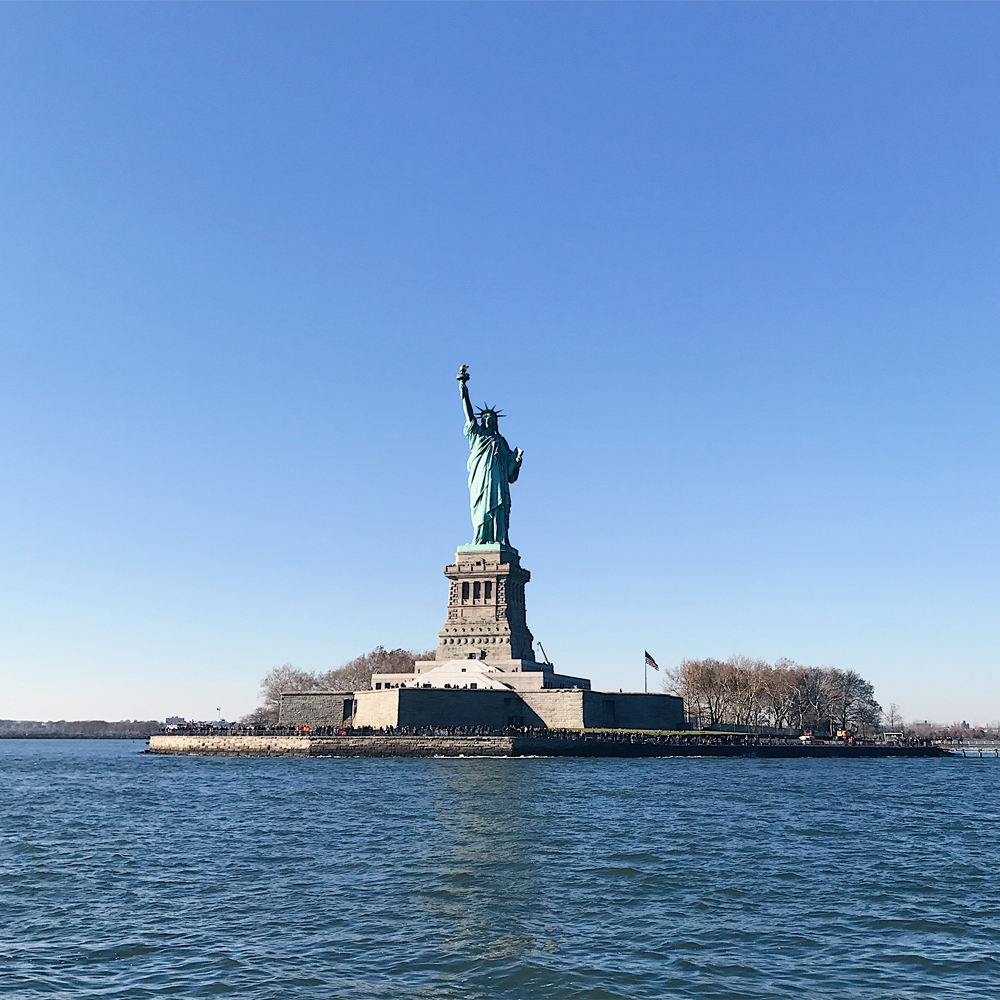 Don’t think you can last the whole 2.5hr ride? They do have a shorter Liberty Cruise option that turns around after hitting the Statue of Liberty (instead of making the full circle).

Your other alternative options for views are Top of the Rock and World One Observatory. The later is the taller building and will give you some unreal views. But World One doesn’t have an outdoor observatory. Since glass panes are reflective and doesn’t make for the best photo backdrop, your best options for those instamoments will probably either be at Empire State Building or Top of the Rock.

Get Some History and Bites with the Tenements, Taste and Tales Tour

I’m all about the walking food tours. It’s a great way to see the city and get some yummies while you’re at it. This one will have you learning about the major immigrant groups that shape New York City, as well as get a taste of their cuisine. It’s not the typical food tour that will leave you super duper full, so no need to fast or mentally prepare for a bingefest. Wear your comfortable shoes and prepare for a lot of walking.

Get Cultured at The Met Museum

This is hands down my favorite museum ever and it’s my family’s go to spot for rainy day entertainment. This place is HUGE so don’t expect to be able to see everything in one go. I’ve been here many times and can comfortably say that I haven’t seen everything there is to see there.

The museum is at the edge of Central Park, so you can fit in a walk in the park as well. Bonus!

Go See a Show That’s Not on Broadway

Don’t get me wrong, this girl loves her a good Broadway show. But if you’re looking for something a little bit different, I’ve got you… Plus going to a show that’s off-off Broadway means you also don’t need to get anywhere close to Times Square. 🤪
Be warned, these experiences can (and often do) sell out. So be sure to book your tickets ahead of time.

Get Immersive with Sleep No More, Because a Regular Play Is so Boring

To say that this is as just a play would be doing the experience injustice. In this immersive play, which is an interpretation of Macbeth, the whole five floor of the building is the “stage”. You’re free to explore, open drawers, and follow/creep on your favorite characters. Obviously, this means that there’s a fair bit of walking involved, so comfortable shoes is a must. I also should warn you that there is a bit of nudity involved.

Oh yah, did I mention that they give everyone creepy masks to wear? Definitely a very “New York” experience. 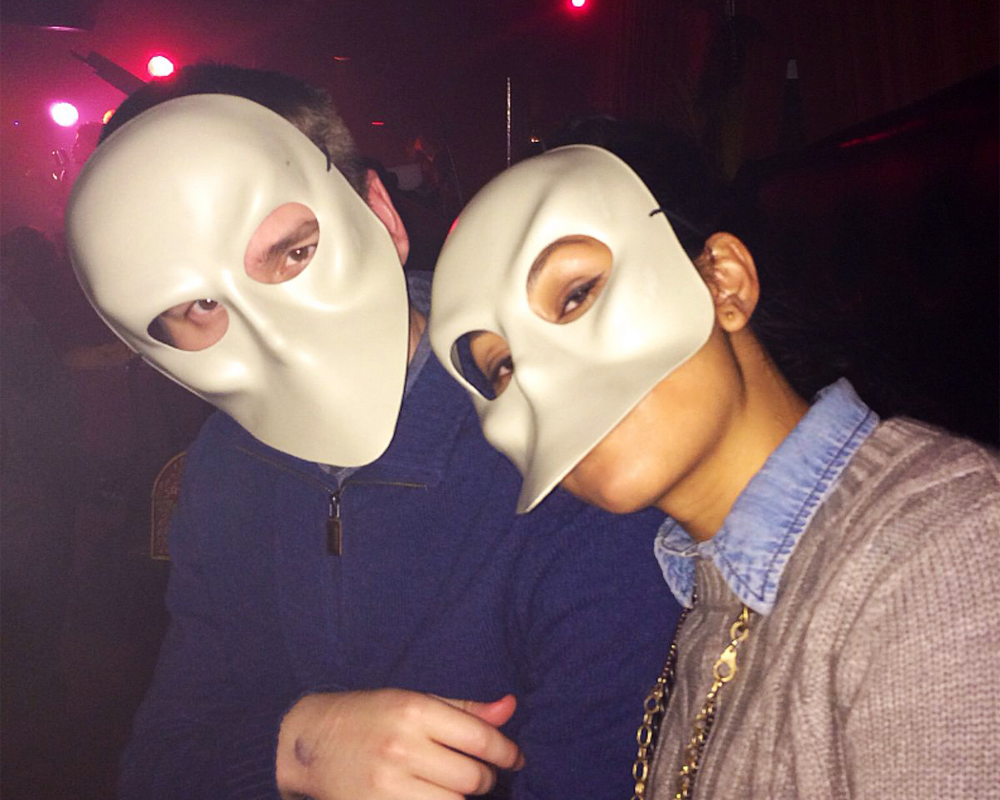 Pro-tip: follow the witches for the best craziest scene.

Trek to Williamsburg and Get Freaky with Company XIV

If you’re looking for something a bit more risqué and willing to trek a bit for it, then you’ve got to check out Company XIV. They’re constantly changing their shows, the current one (as of Feb 2020) is Seven Sins. This cabaret show has pole dancing, soprano singing aerialist, and even can-can dancing. Seriously, what DOESN’T this show have. Just being in the theater itself is a delight as it is decorated immaculately.

Pro-tip: the theater location is only a block away from the L, but of course the train wasn’t working when I went to go see a show. I found that out of all the ride share service, Via gets me there at the cheapest price.

Get Some Laughs at Comedy Cellar

I love stand-up comedy and the Comedy Cellar is one of the best place to see it in New York. Although you don’t have to, I recommend getting a reservation. The popular times (read: Thursday and weekend evenings) seems to go fast, so it won’t be a bad idea to make those reservations early as well.

Eat ALL the Food

New York City has some of the best food in the world, and honest to god was one of the reason for me moving here. Whenever you read a “best of” food article, chances are at least one of the items is from one of our restaurants. There are almost too many to list here, so I’m going to prioritize the ones that have been crowd pleaser for my guest. If you’re into eating for the insta, you might want to check my list of the most instaworthy restaurants in NYC.

I’m a right sucker for anything speakeasy-ish. So I was sold on this place before I even got in, since the restaurant entrance is a “pawn shop”. The two-story restaurant is beautifully decorated and serves yummy tapas-style dishes. I recommend getting the grilled cheese and tomato soup dumpling. SO GOOD!

Definitely make a reservation a head of time for this place unless you want to wait a looooooong time before getting seated.

Pro-tip: they have a sizable ladies bathroom, complete with its own bar and mini-lounge. If you come for dinner, they usually give away free champagne. So definitely make time to powder your nose. 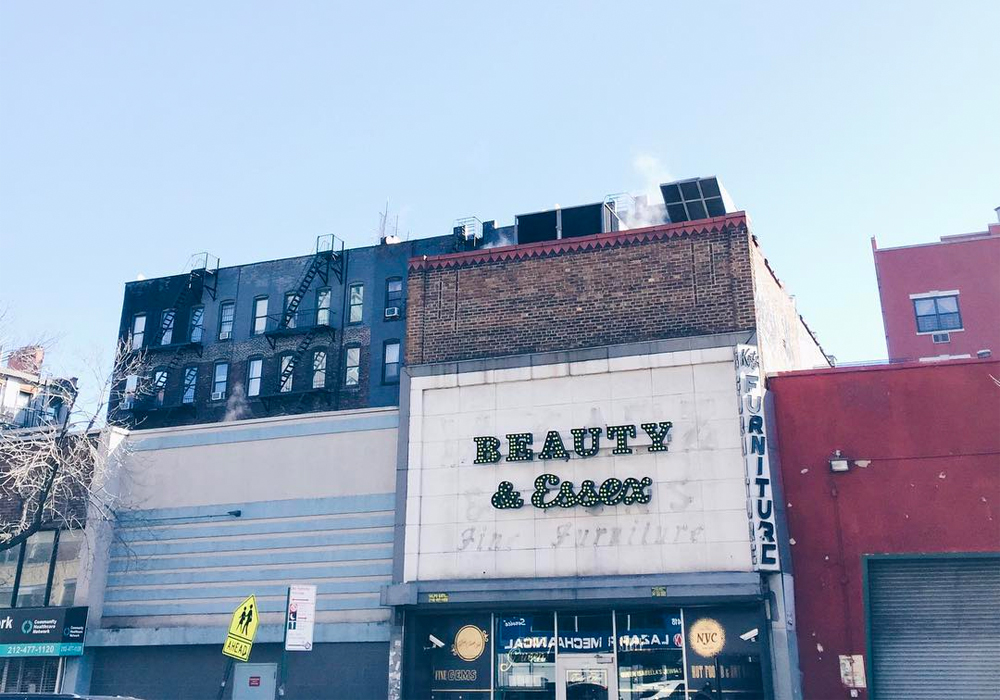 When it comes to dim sum, my favorite is the cart style. It’s like a buffet, but the food comes to you. What’s not to like about that?
About a year or so ago, they also started serving brunch cocktails. And now I’ve got even more reason to spend my Sunday morning there. The line wait can get lengthy, especially if you have a bigger party. So I definitely recommend coming before 11am.

What’s more New York than a slice of ‘za? Ask any New Yorker and they’ll probably be able to tell you offhand where their favorite pizza spot is. Mine is probably a bit controversial. Not because of the place, but because I love white pizza (sorry I’m just partial to it).

You better believe I have a favorite ramen place too. I’m a fan of Totto not just because I’m a fan of the ramen broth and noodles. But the also have some yum appetizers like the chicken bun and spam musubi.

As someone who tries things based on how pretty they look, I’ve had my style over substance food. These two places are certifiably both. Taiyaki makes the cutest ice cream with fish shaped cake cones (you can even get a narwhal one). And Sweet Moment makes some some sweet designs on your cold desert drink. The drink may look like a latte but it’s actually served cold (sort of like a milkshake). 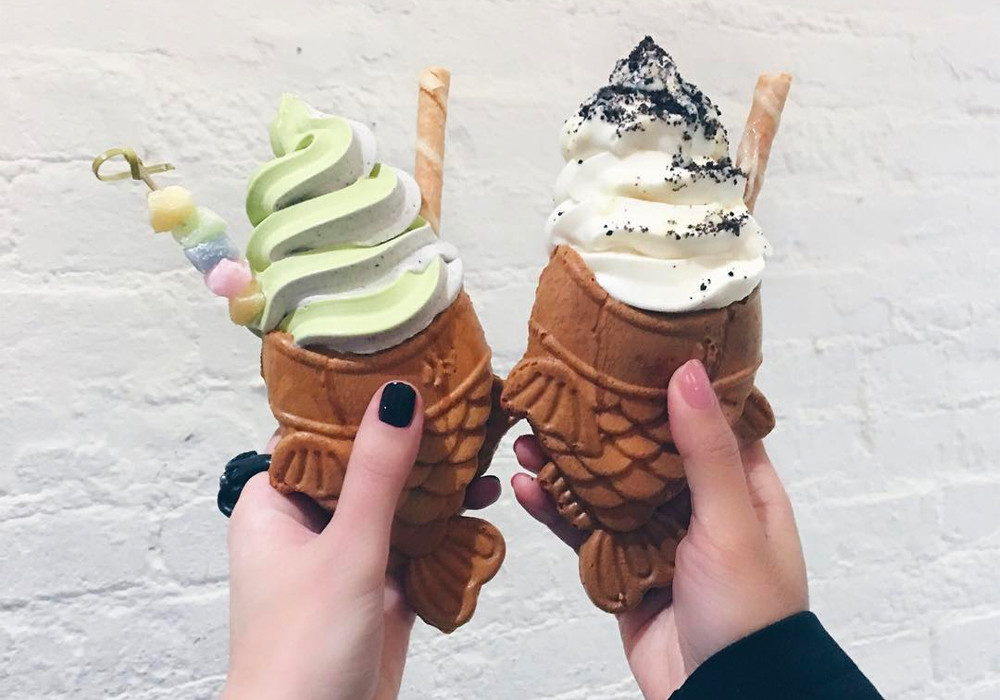 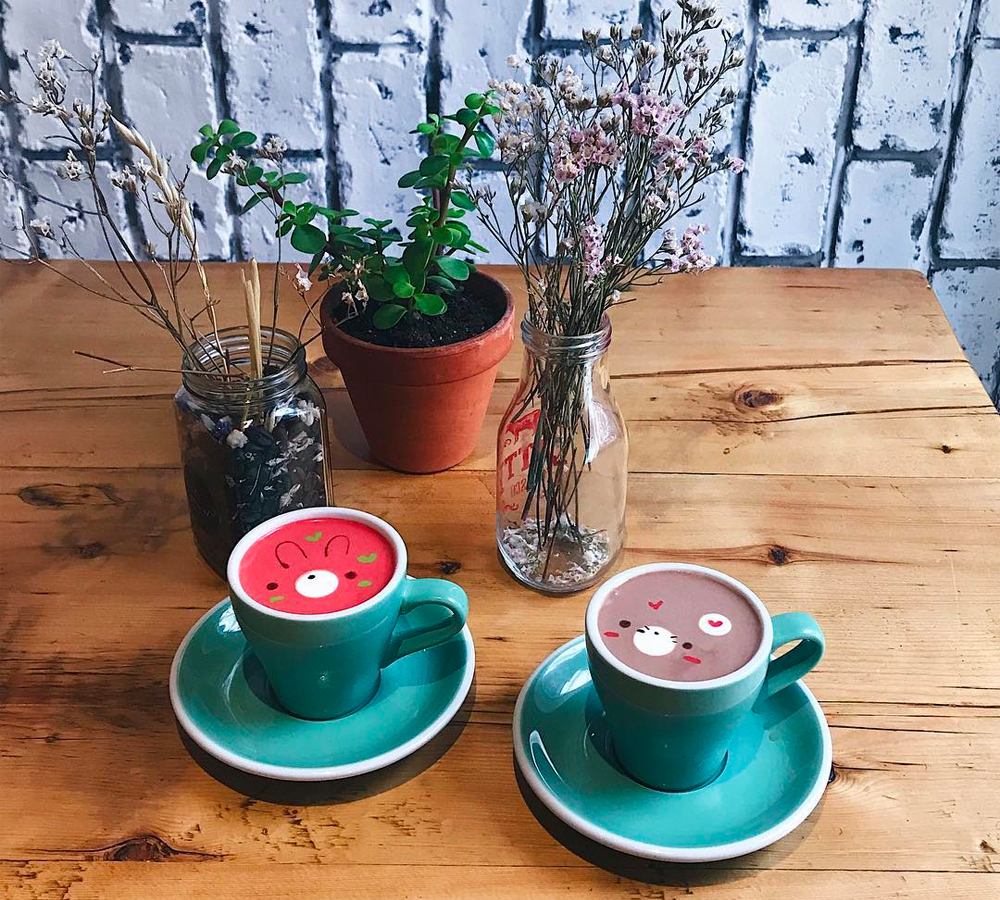 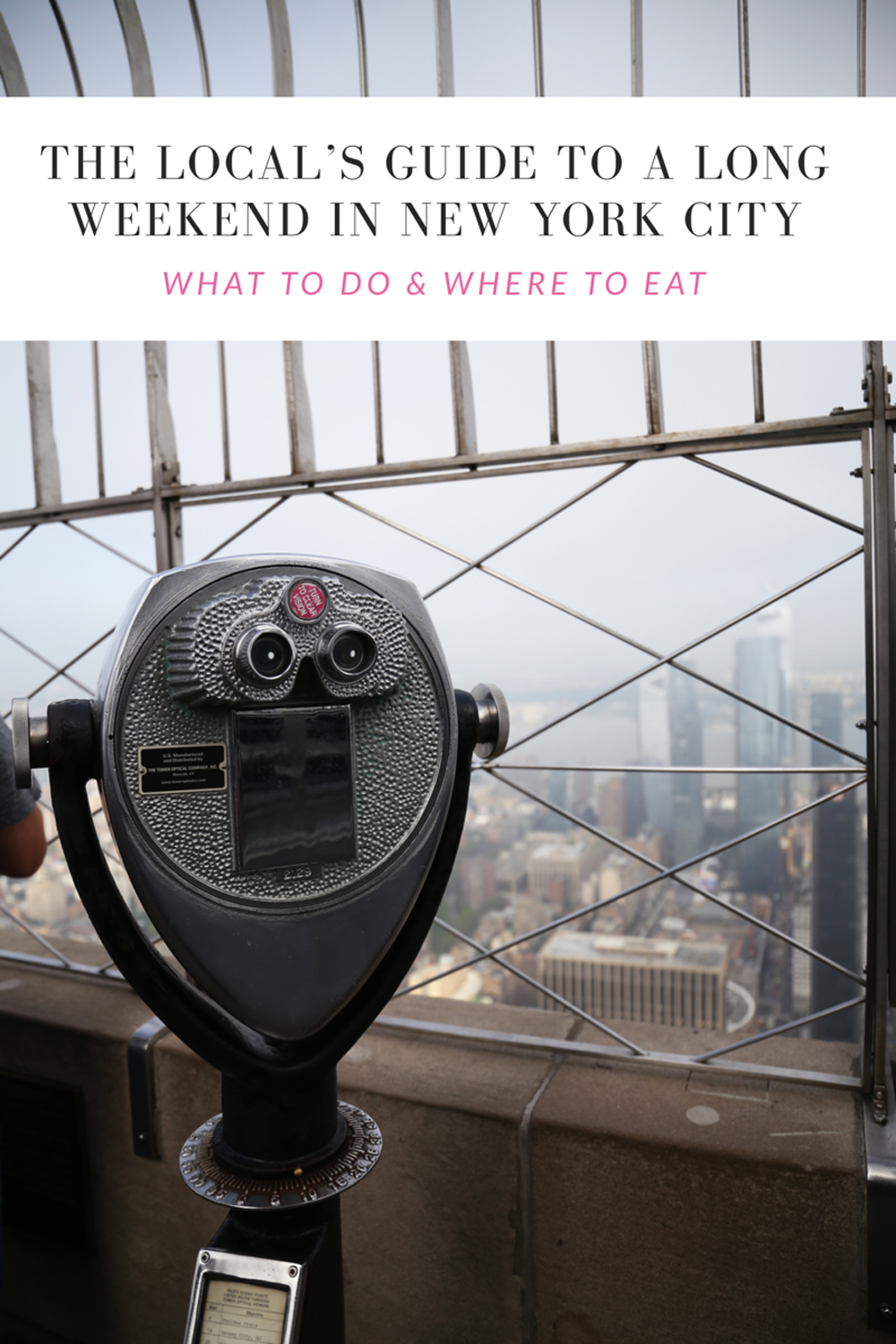 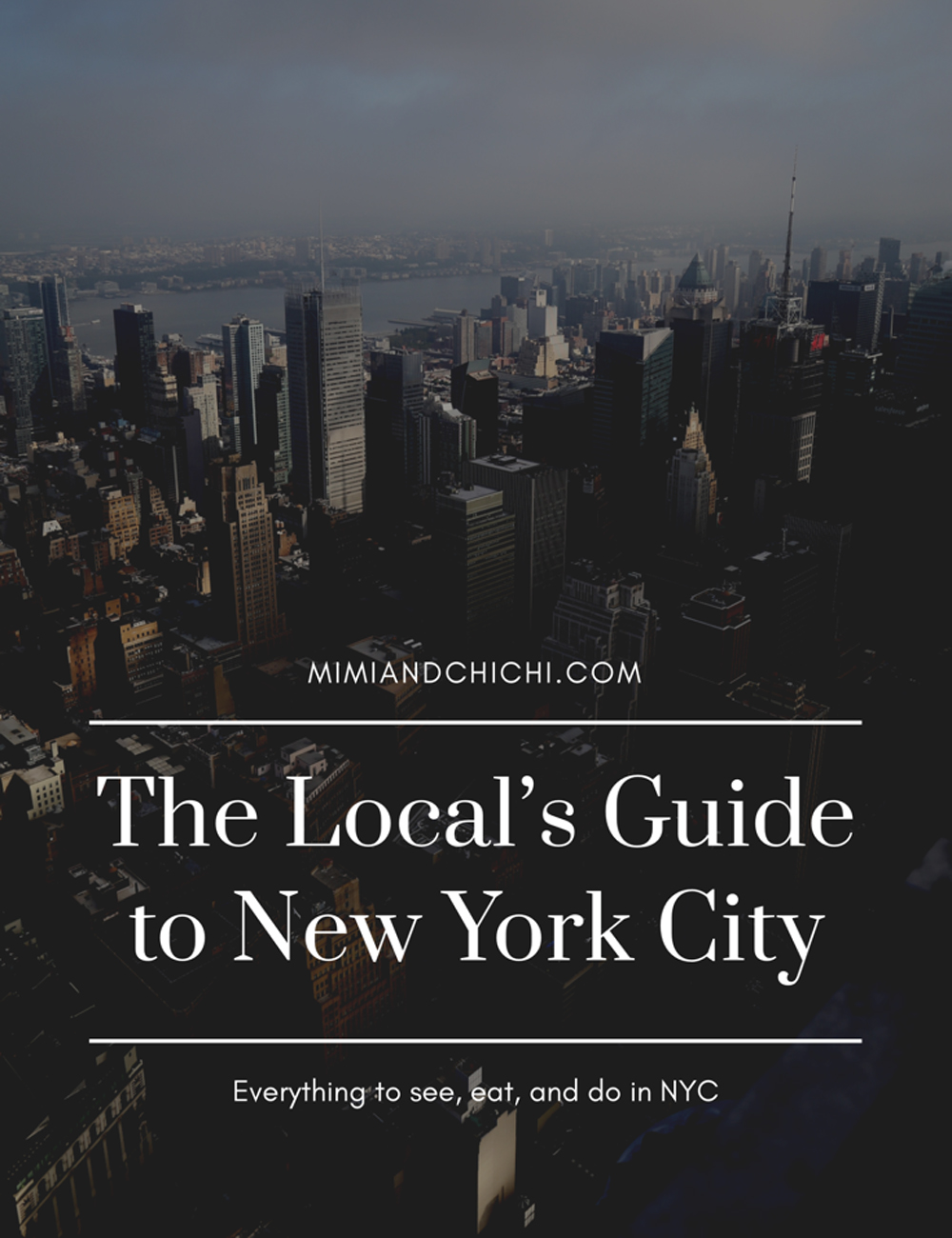 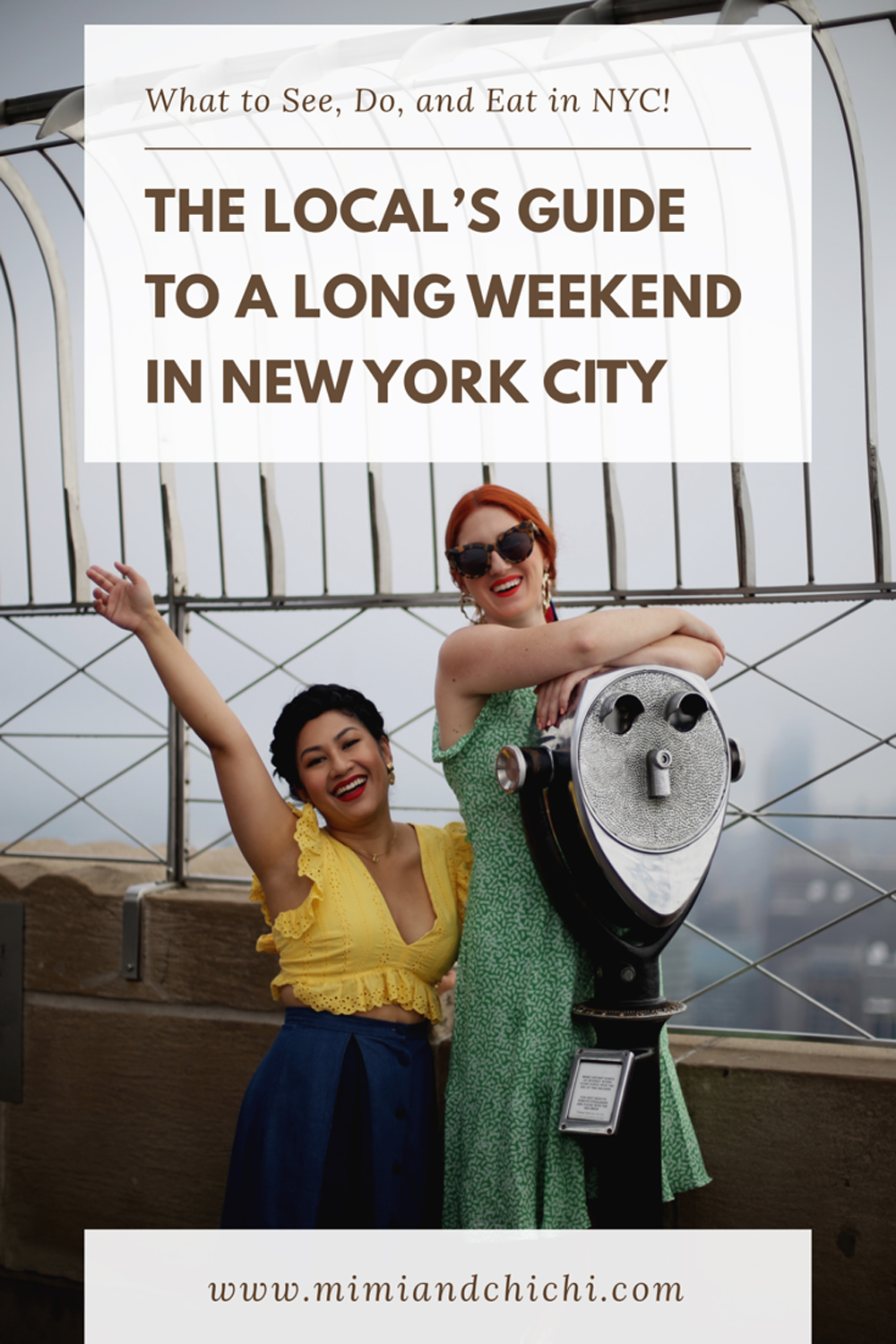 Squaring Away The Check

Denim Jumpsuit: The Most Versatile Piece of Clothing You’ll Wear All Year